This useful volume offers a critical overview and filmography of over 150 Japanese directors from the silent era to the present, excluding anime....[It] ought to please both scholars in search of a handy (and unique) reference title, and more casual Japanese film enthusiasts seeking information....Recommended.
Posted by Stone Bridge Press at 6/25/2009 2 comments:

As we already noted, Frederik L. Schodt is receiving a major award — Order of the Rising Sun, Gold Rays with Rosette — from the Japanese Government. In the Nichi Bei Times, Ben Hamamoto profiles and interviews Schodt in honor of the award, writing:

Frederik L. Schodt has the distinction of not only being one of the pioneers who brought manga to the English-speaking world — both through his translations of important manga works and the books on manga he has authored — but he is also one of the foremost authorities on the subject today.

Anyone with an interest in Schodt's work or the history/future of manga should check out the entire article, "Man of Manga: Fred Schodt's Indispensible Contributions to the Art of Manga."
Posted by Stone Bridge Press at 6/17/2009 No comments: 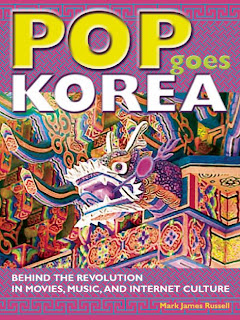 "Mr. Russell's book is the first by a non-Korean to explain the rise of Korea's entertainment industries. With lots of pictures, lists (top TV shows, most expensive movies, worst flops) and sidebar articles, the book could hardly be more approachable."

Read the whole review, "Riding the 'Korean Wave': Exporting ideas and culture, not just steel and silicon."
Posted by Stone Bridge Press at 6/04/2009 No comments:

Review of A Critical Hand Book of Japanese Film Directors

In the Japan Times, Mark Schilling reviews the recently released A Critical Handbook of Japanese Film Directors by Alexander Jacoby. Schilling praises Jacoby's "diligence and precision" and writes that "Jacoby has written a book to not only consult but also argue with." The review is now online here.
Posted by Stone Bridge Press at 5/19/2009 3 comments: 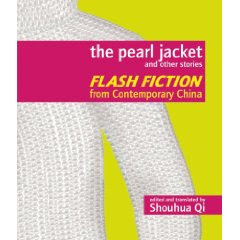 The Pearl Jacket and Other Stories: Flash Fiction from Contemporary China, by Shouhua Qi, was recently reviewed by Issac Stone Fish. Fish’s review, originally published in the Asian Review of Books, has since popped up on other websites such as UPIasia.com and the Red Room. He discusses the books' many stories. One in particular is the story of the “Parrot.” Fish gives an analysis of the story by saying, “The collection ends with the dystopian "Parrot," about a poet whose parrot spews prophecies: "Now, including yourself, there are only 13 people left in this town. That's reality, you understand?" The poet examines the town and finds the parrot's words to be true. Returning home, the parrot's mouth (its body has disappeared) exclaims that the other townspeople have died. The poet concludes all that's left for him is to become a parrot. Possibly symbolizing the death of individuality, this story, like the best of the genre, leaves the reader desiring something longer.”
Posted by Stone Bridge Press at 5/12/2009 1 comment:

Last month in Berkeley, we were honored by a fantastic evening of conversation between Donald Richie and Tom Luddy, hosted by Berkeley Arts & Letters. FORA.tv has put the whole thing online, including the introduction by SBP publisher, Peter Goodman. Topics include Ozu's tombstone, Kurosawa, Hirokazu Kore-Eda, China vs. Japan, and much more! 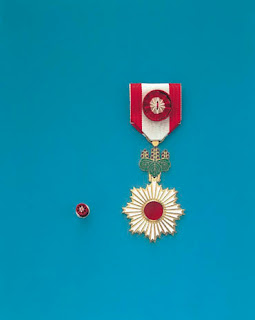 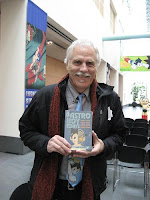 Stone Bridge author Frederik L. Schodt (The Astro Boy Essays, Dreamland Japan, Native American in the Land of the Shogun, America and the Four Japans, Manga! Manga!, The Four Immigrants Manga) has been awarded the prestigious Order of the Rising Sun, Gold Rays with Rosette by the Japanese Government for his contribution "to the introduction and promotion of Japanese contemporary popular culture in the United States of America." The announcement includes a list of Schodt's numerous accomplishments. This is a spectacular honor, and we are grateful for the recognition!
Posted by Stone Bridge Press at 4/29/2009 1 comment:

Eve Kushner and Crazy for Kanji at Nikkei Matsuri in San Jose this weekend!

Eve Kushner, author of the newly released, super-fun book Crazy for Kanji (and the blogger behind Kanji Curiosity) will be at Nikkei Matsuri in San Jose Japantown this Sunday, April 26th, signing books and chatting about the mysteries of kanji. If you haven't bought your copy yet, don't worry--books will be available for sale, and for now you can check out these sample pages. Eve will be in the info booth all day. See you there!

Thanks to the San Francisco Chronicle for listing the event.
Posted by Stone Bridge Press at 4/23/2009 2 comments:

We couldn't be more excited to announce this upcoming event with Donald in Berkeley! Don't miss it!

Tuesday, April 21
A Life in Japanese Film:
DONALD RICHIE in conversation with TOM LUDDY
7:30 PM at First Congregational Church of Berkeley (2345 Channing Way at Dana)
$10 ($5 students) at the door; co-sponsored by The Booksmith (they'll be selling books)
http://berkeleyarts.org/

Praised by critics from Susan Sontag to Tom Wolfe, Donald Richie is the foremost writer on Japanese culture in English. Born in Ohio in 1924, he has lived in Japan since 1947, except for time at Columbia University in the early 1950s and as curator of film at New York's Museum of Modern Art in 1968–73. The author of some thirty books and dozens of essays, Richie is especially well known for his instrumental role in introducing Japanese film to the West and for his travel memoir The Inland Sea, which was adapted into a popular PBS documentary. In addition to The Inland Sea, his books published by Berkeley-based Stone Bridge Press include Travels in the East, A Tractate on Japanese Aesthetics, The Donald Richie Reader, and The Japan Journals. He recently wrote the forewords to A Critical Handbook of Japanese Film Directors by Alexander Jacoby, and Waiting on the Weather: Making Movies with Akira Kurosawa by Teruyo Nogami.

Richie is also an experimental filmmaker. In 1988, he was invited to be the first guest director at the Telluride Film Festival. At this special evening of recollection and conversation, Richie will discuss Japan and his insights into Japanese culture and especially Japanese film with Tom Luddy, co-founder and current co-director of the Telluride Film Festival and an executive and film producer with American Zoetrope.
Posted by Stone Bridge Press at 4/01/2009 1 comment:

"From Anime to Manga, from Basho to Zen"
Stone Bridge Press is an English-language publisher specializing in books about Asia. Founded in 1989 by publisher Peter Goodman, the Berkeley-based company has over 150 titles in print and has received numerous awards for publishing excellence, including recognition from the Donald Keene Center of Japanese Culture at Columbia University, PEN Oakland, the Kiriyama Prize, Spirituality & Health magazine's Best Spiritual Books Awards, and the Benjamin Franklin Awards.
FEEDS FROM AUTHOR BLOGS